Columbia, SC is a city full of things to do.  But, we headed out of the capital city to visit Hilton Head Island.  It's about a three hour drive.  I've been to Myrtle Beach several times, but this was my first visit to Hilton Head.  We got there Thursday afternoon, so after meeting up with my sister-in-law and her family, we headed to Jarvis Creek Park.


They had a nice playground, picnic areas, paved trails, a pond and plenty of shade.  There was also a dock where you could fish. 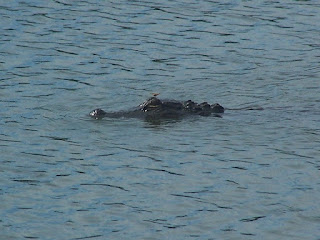 Of course, I went to see the alligators. 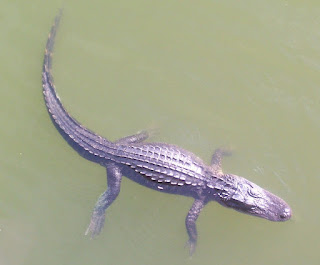 We saw two small alligators as well as lots of turtles and a large bird that didn't seem to care about the turtles or gators that were swimming near its perch. 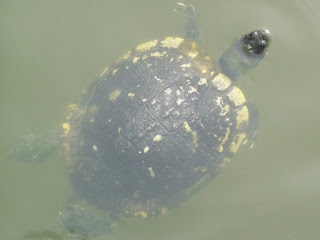 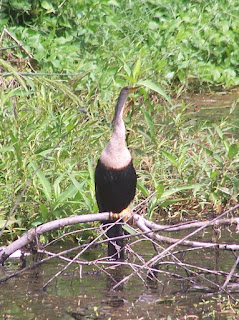 Then we went to The Crazy Crab and gorged ourselves on delectable seafood.  I had the broiled seafood platter and it was SO good.  My husband and I split a bowl of the She Crab soup as well.  Having lived in Maryland for eight years, it wasn't the best I have ever had, but I still enjoyed it.  If you like seafood and are in Hilton Head I recommend checking out The Crazy Crab.  We ate indoors, but they also had a patio area with live music and a playground for the kids.  I recommend you let the kids play afterwards though because it's basically a large sandbox with some playground equipment in it.