The Missions of San Antonio

- September 05, 2012
I love architecture.  Especially old, historical buildings, forts, monuments, etc.  So when we visited Texas for the first time in February 2011, we wanted to see places like the River Walk, the San Antonio Zoo and the Alamo.  But, we also wanted to get out of the city a little and see more of the Spanish history of the area.  So, we decided to take a road trip to the four other missions in the San Antonio area.  They are all FREE to visit and with a break for lunch at a local BBQ joint, we had a lot of fun and saw more of the history of the area.

Of course, we had to visit The Alamo first.  We were blessed with a wonderful condo on the River Walk right around the corner from The Alamo, so we were able to go by it during the day and at night. 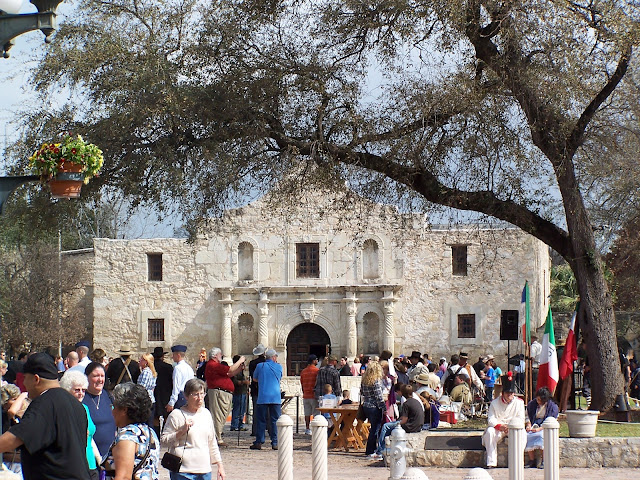 This is the part of The Alamo most people would recognize from pictures, but this is just the church.  The rest of the mission is around it.  Some of the walls are still intact and some of them are pieces across the street that you can climb on. 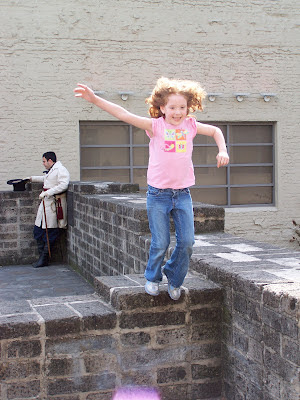 Here is our oldest daughter jumping off one of the walls that is across the street from The Alamo.  Though we visited several places in San Antonio, she has said over and over that she wants to go back to see The Alamo. 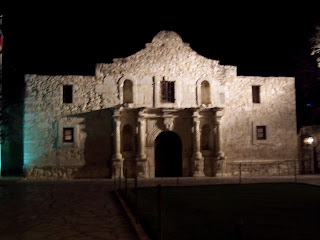 The first mission we drove to was Mission Concepcion.  We were able to wander through the church, buildings and grounds. 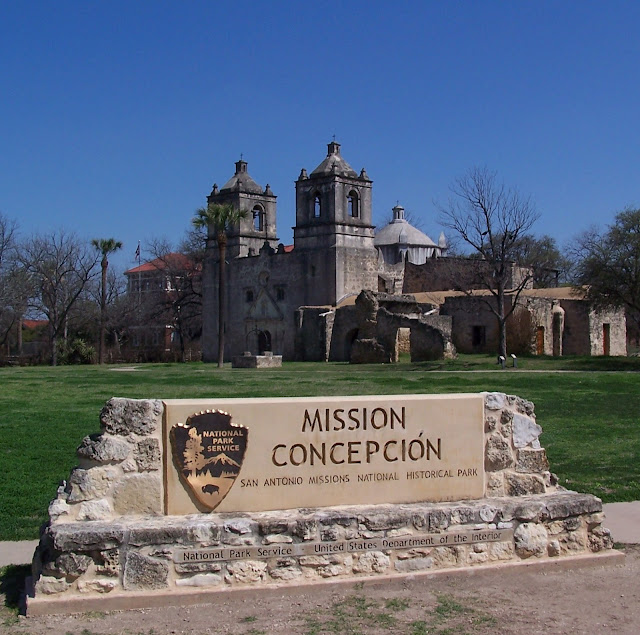 Mission San Jose was our second stop.  This was my favorite because it was the largest and most intact of them all.  The wall around it was all there and we were able to walk around inside and see the different living quarters.  We were not able to go in the church because of renovations, but it was interesting to see the picture of what it had originally looked like when the outside was covered in plaster and painted with bright colors.   The Park Visitor Center is also at Mission San Jose and has a museum and a movie. 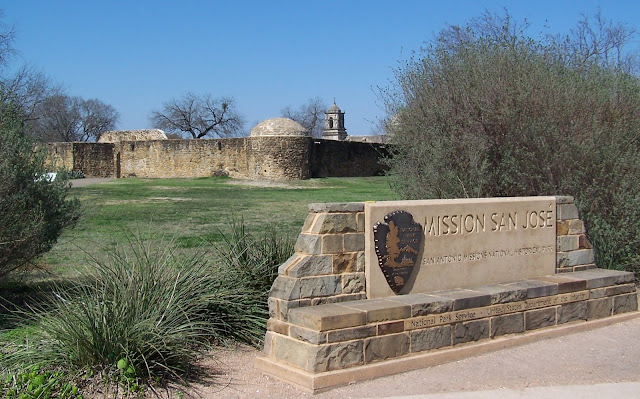 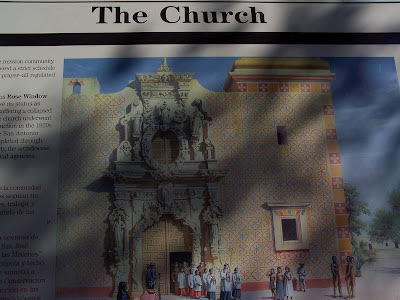 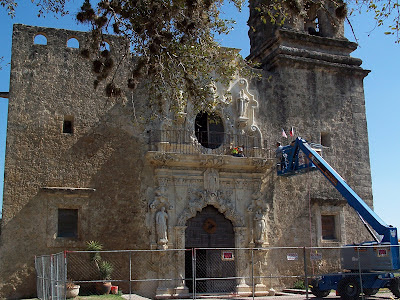 Our third stop was Mission San Juan.  It was a smaller one, but had some displays in one of the buildings and the church was open.  (According to the nps.gov site, the church is currently closed for reservations.) 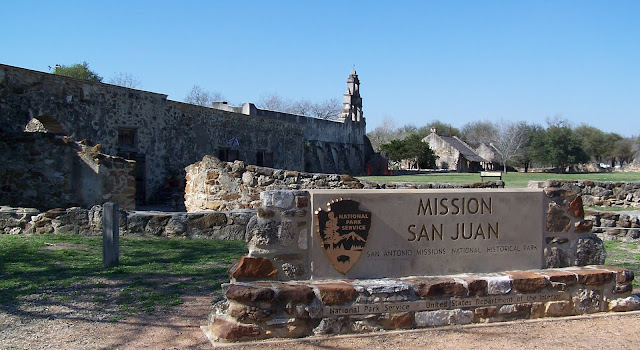 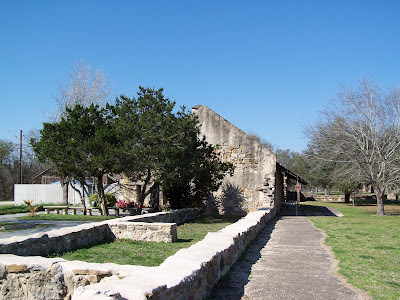 While leaving Mission San Juan we discovered these unique art pieces in a nearby field. 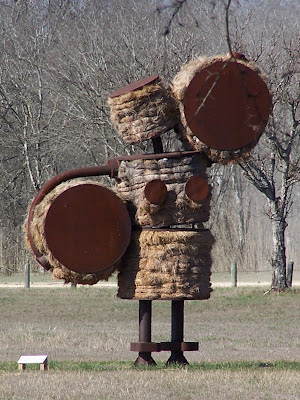 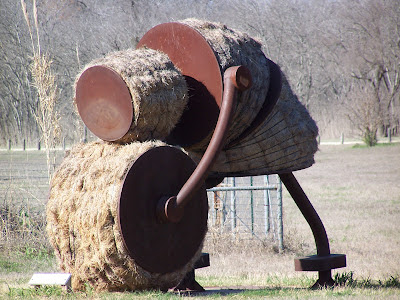 The final mission on our outing was Mission Espada.  The twins were asleep, so Evan and the older two kids walked through this one. 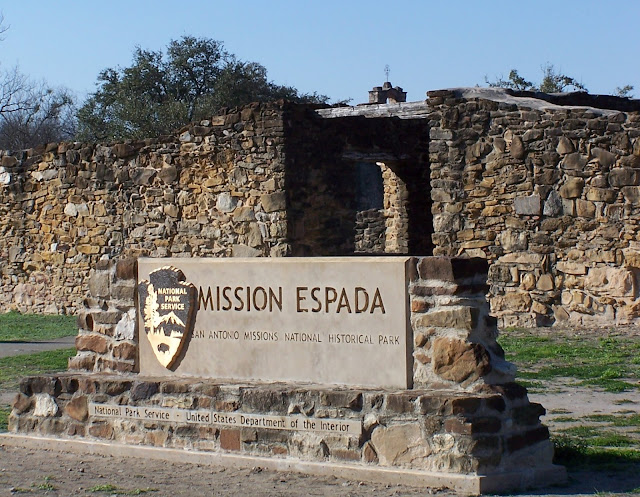 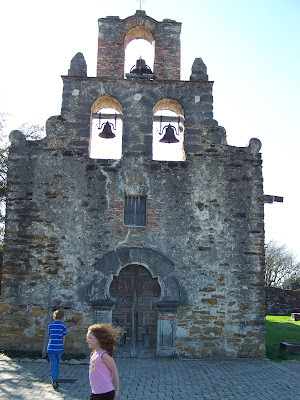 Of course, there was too much historical information at all of the missions for our kids to retain.  (Truth be told, it was too much information for me to retain.  That's why I took my husband along.)  However, they love places where they can explore and don't have to worry about staying quiet the whole time.  We have found our children love to visit forts of all kinds and the missions were really self-contained towns with fort-like walls to protect them.  The Native Americans who agreed to live there learned vocational skills, had to convert to Catholicism, but they were safe and offered Spanish citizenship.  Being able to visit historical places is a great way to better understand what it was like in the past.  This is one of the benefits of TripLearning.

What kinds of historical places do you like to visit?