Washington on the Brazos

- September 17, 2012
Being residents of Texas, it has been important to learn about Texas history.  Washington on the Brazos is the Birthplace of Texas and an important part of that history.

So, one Friday afternoon we drove up to the park.  It was a nice drive from Houston.  We drove past Lake Conroe, numerous ranches and even a Cowboy Church.  Getting out of the city was a nice change of pace for our family.

We left later than planned, so by the time we arrived it was late afternoon.
This meant we didn't have enough time to do everything there.

We went in the Visitor Center & Gift Shop first.  There they told us what attractions they had and the cost for the various activities.  They also had a small, interactive exhibit with pictures, artifacts and history facts about Washington on the Brazos.

From Independence Hall we walked along the wide trails, following the footsteps of Davy Crockett.  Though it was a rather hot day, it was a beautiful landscape to enjoy.  We also found a picnic area with a covered pavilion, playground and bathrooms at the end of the trail. 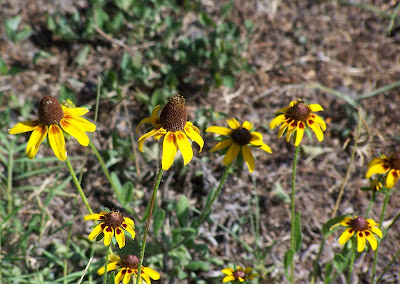 They also have the Barrington Living History Farm on the property.  It gives visitors a chance to see what a farm from the mid-1800s would have been like.  It is based off of Dr. Anson Jones' farm, the last President of the Republic of Texas.  You can see how farmers lived and worked over 150 years ago and participate in the daily activities as well.

The Star of the Republic Museum explores the history of Texas through an introductory video and hands-on exhibits in the two-story museum.  We did not have time to tour the museum, but I look forward to going back and seeing all the exhibits when we have enough time to see it at our own pace.

They have the fees listed on the site links above or on the Washington-on-the-Brazos State Historic Site.  Purchasing a combo family ticket is the best deal.

Lastly, they have developed some interactive tools that can be used on site or from home.  There is an app that can be downloaded on an iPhone, iPad or Android phone at www.tx1836.net.  They also have an interactive website that includes a movie, game and educational resources about Texas Independence.