If you like all three, then you should definitely take time to visit the Rock Island Arsenal if you are in the Quad Cities area. With 14 different points of interest, you could have a fun outing for the whole family.

Due to time, attention spans and cold weather, we visited 3 of the 14 points and talked about some of the others.

This is a military installation on an island between the Mississippi River and the Sylvan Slough. All adults must show picture ID to enter one of the gates. We have visited many military bases and this is required at all of them.

Our first stop was the Rock Island Arsenal Museum, housed in one of the ten stone buildings that were constructed from 1867-1893 for manufacturing general ordnance material and small arms. This is the second oldest military museum in the U.S. It opened on July 4, 1905. It's open Tuesday through Saturday from 12:00 pm - 4:00 pm and it's FREE. 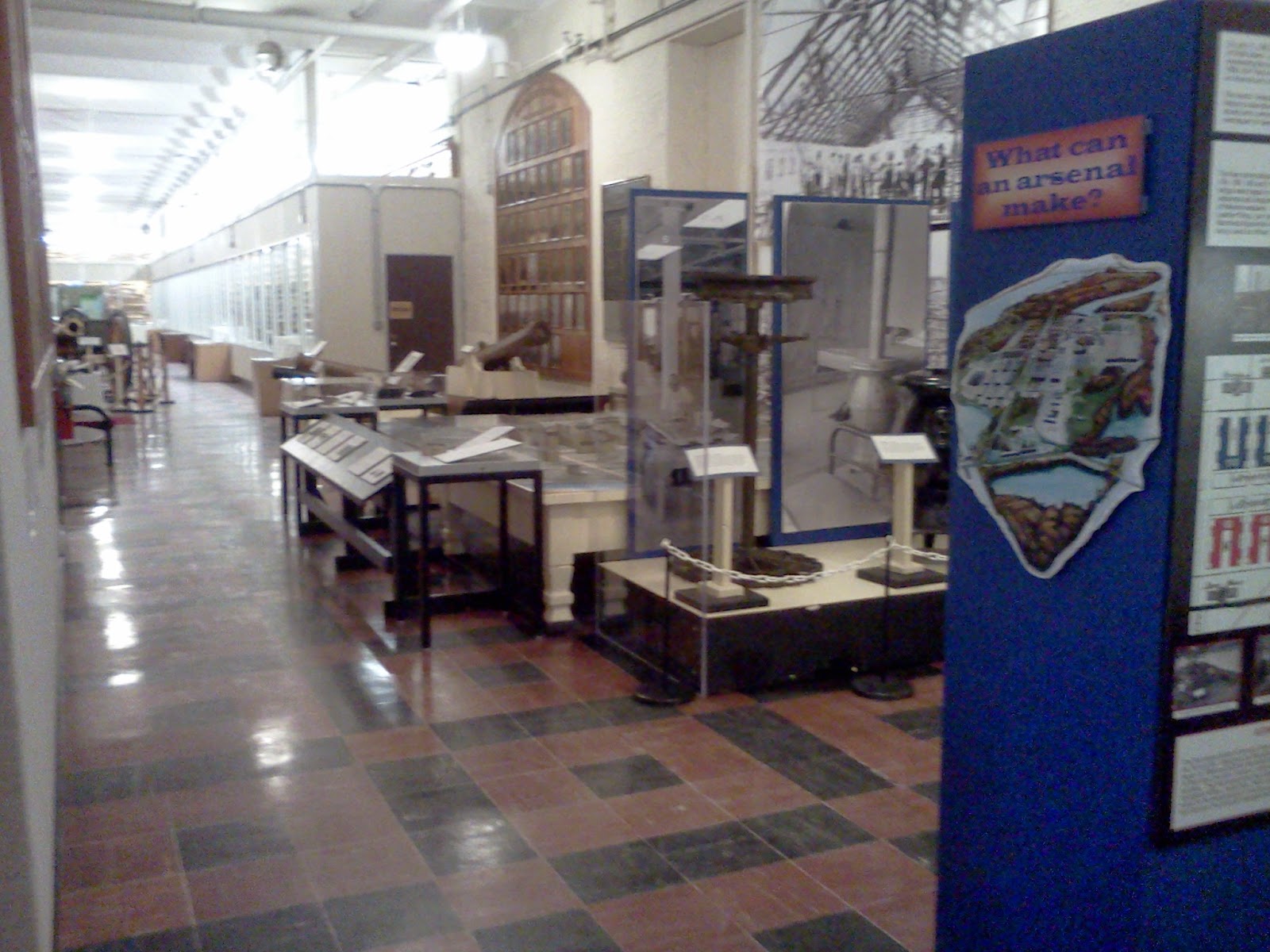 After signing the guest book we entered the small theater for a ten minute film about the Arsenal. It was extremely informative and very educational. We learned that the Arsenal has manufactured thousands of different items for the military for over 100 years. It also housed a prison operated by the Union and before that the land held a fort that was used during the Black Hawk War. 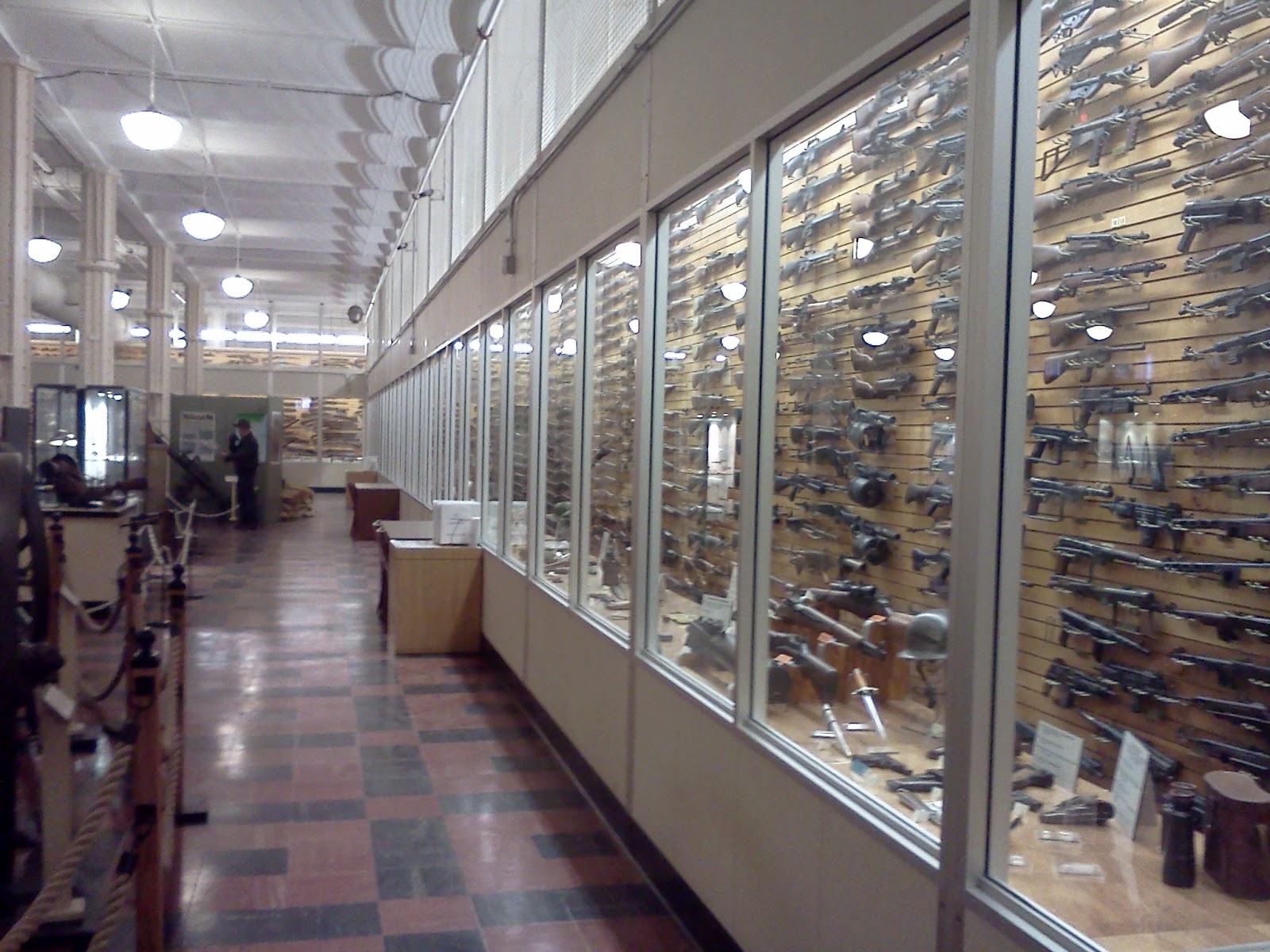 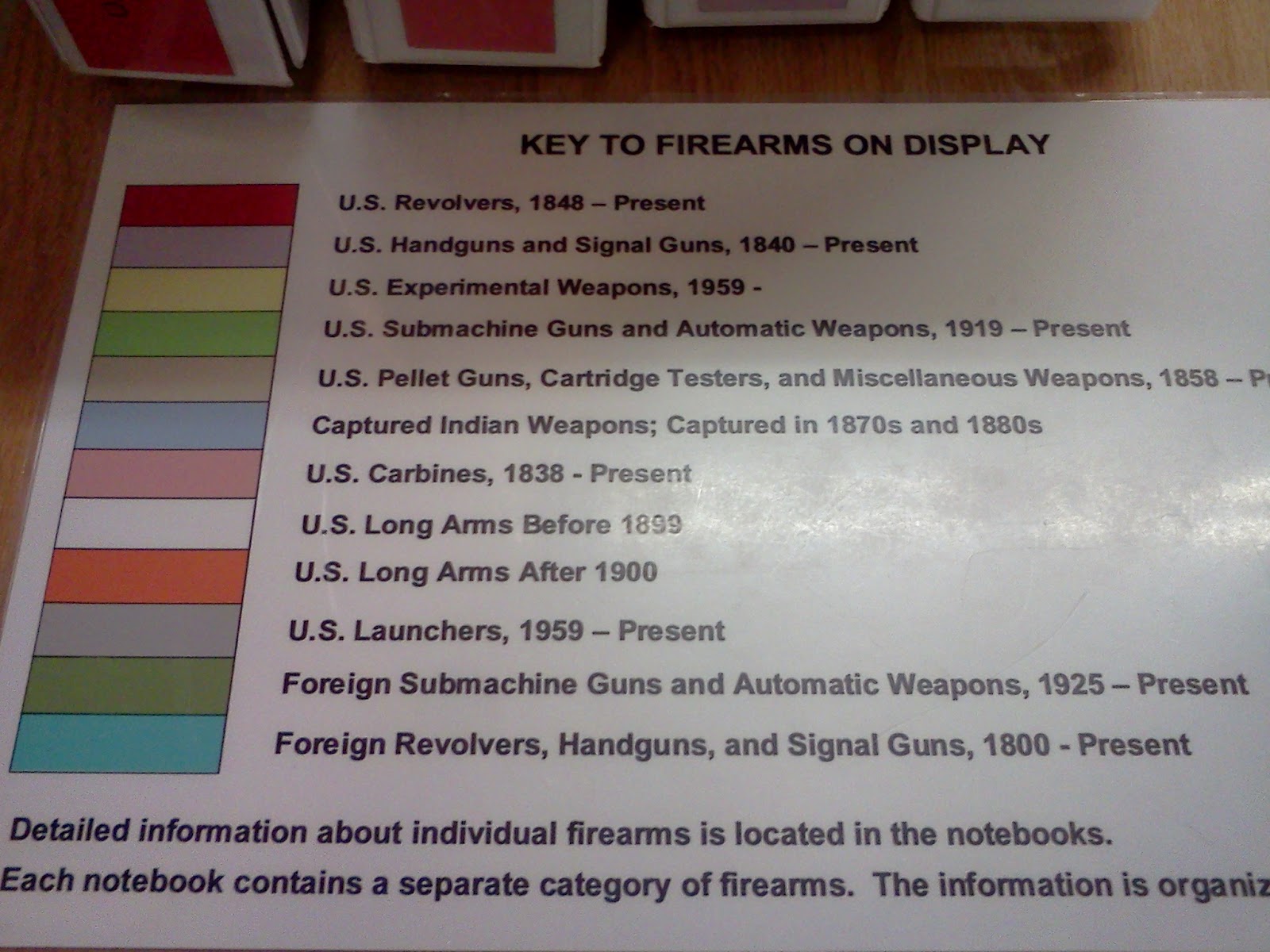 The museum is a large rectangle that is easy to peruse. There is a room behind the theater that the kids enjoyed. It housed costumes that they could wear. 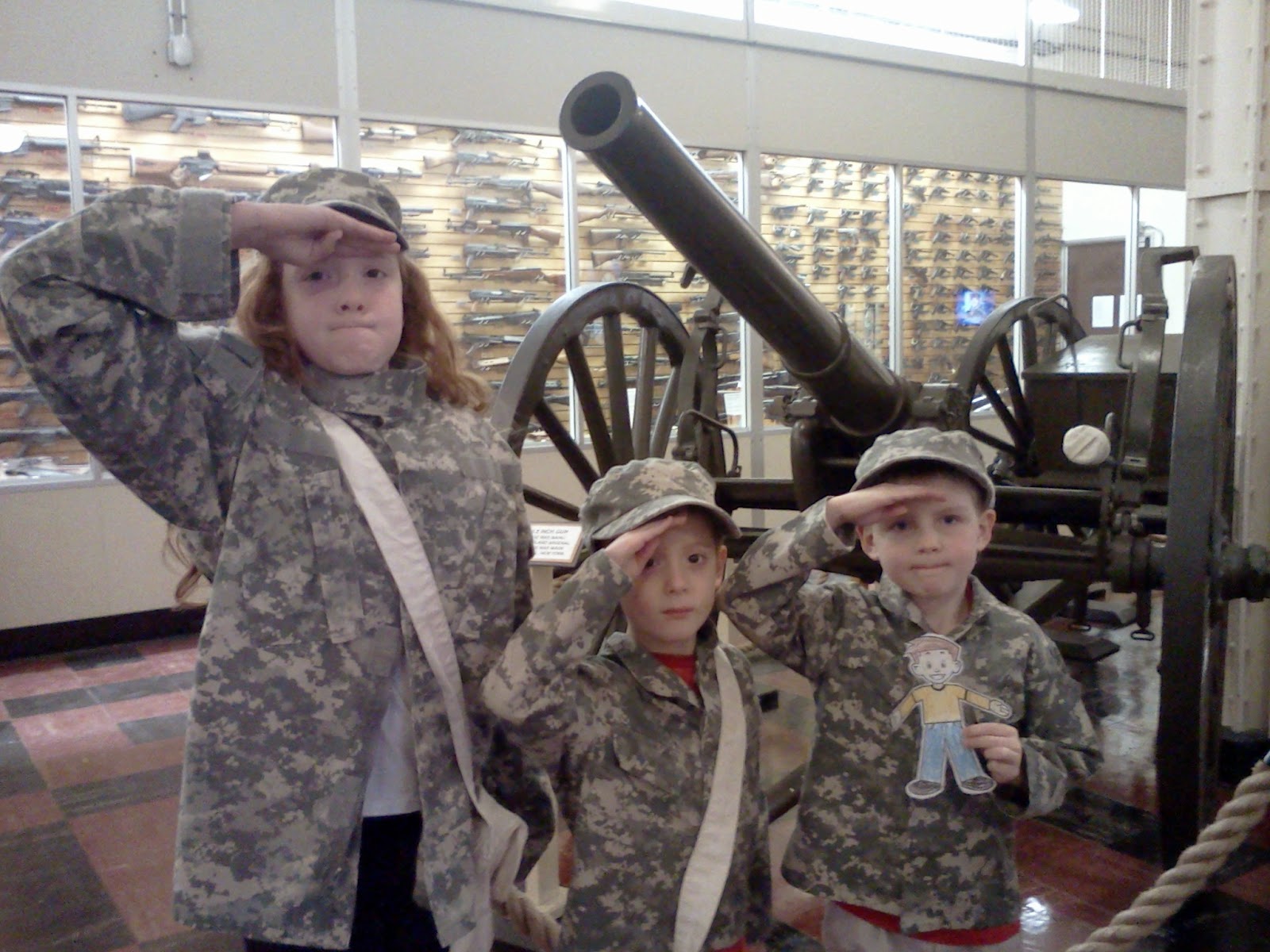 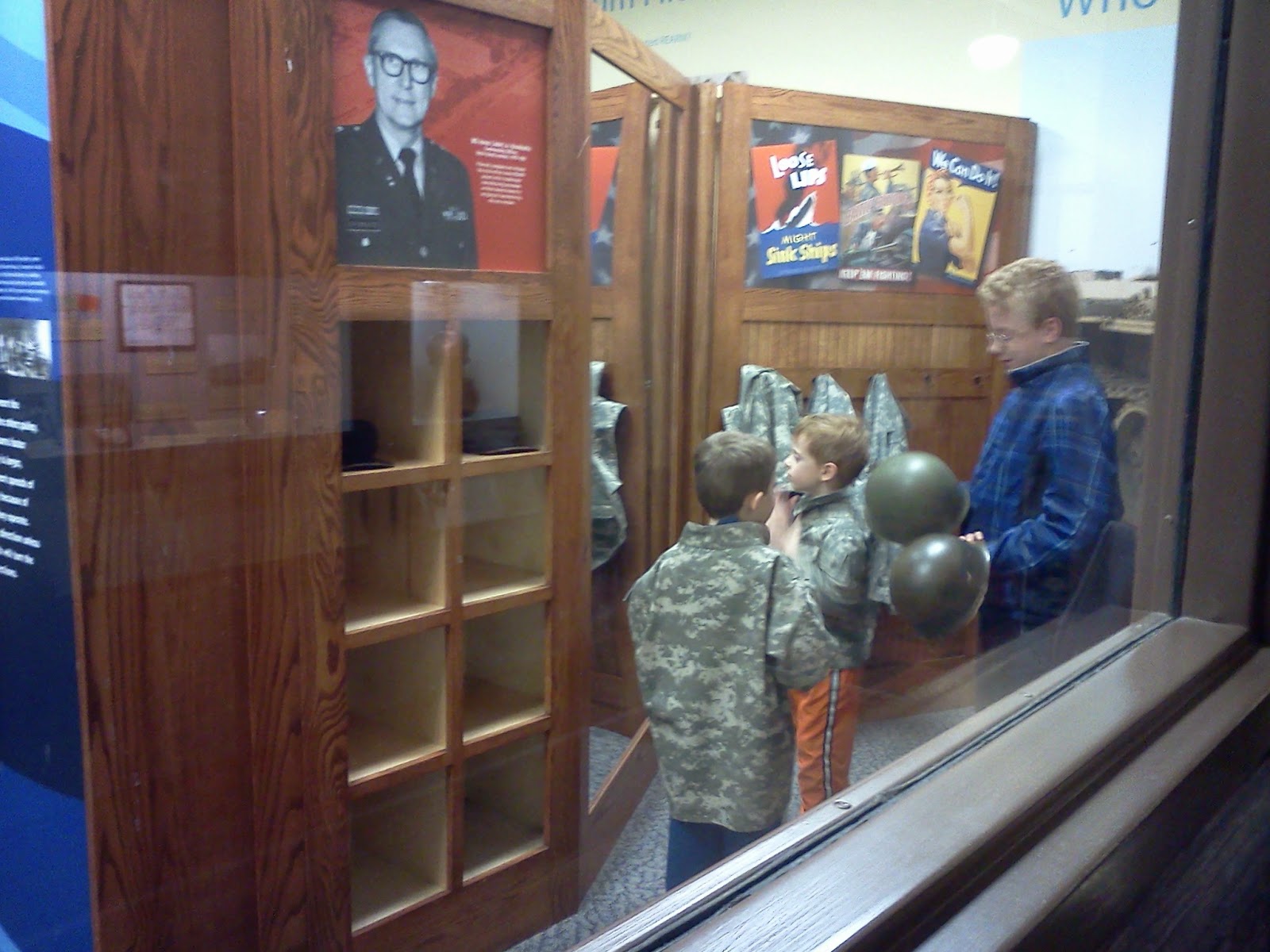 I only know the basics about small weapons, but the collection was interesting regardless of prior knowledge. They had each piece labeled with a color and number and you could look up a weapon in binders if you wanted more information. My dad was with us, so he also provided information about some of the guns on display.

Besides the weapons, there were displays relating to the history of the island and examples of other items that have been manufactured there. 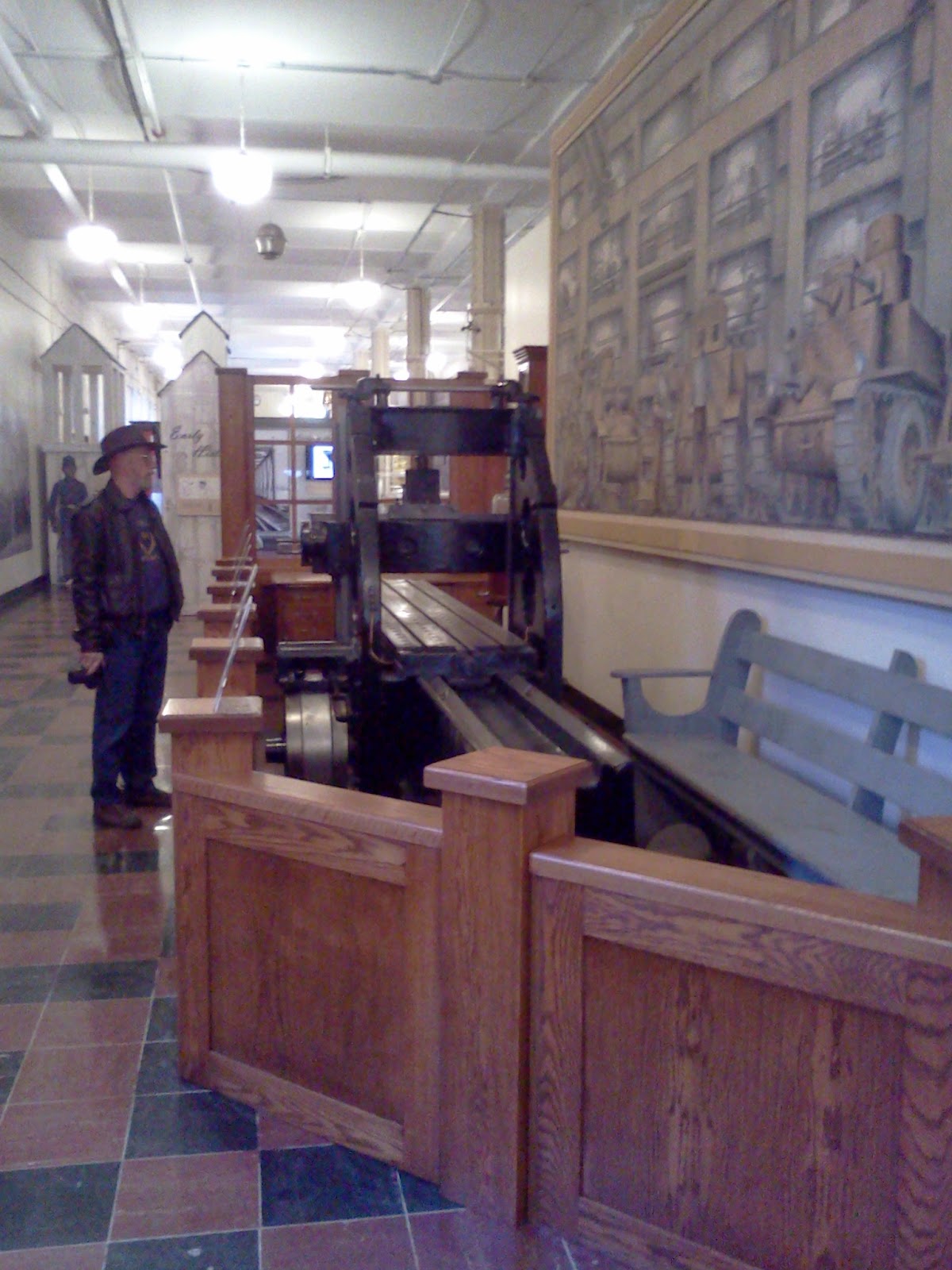 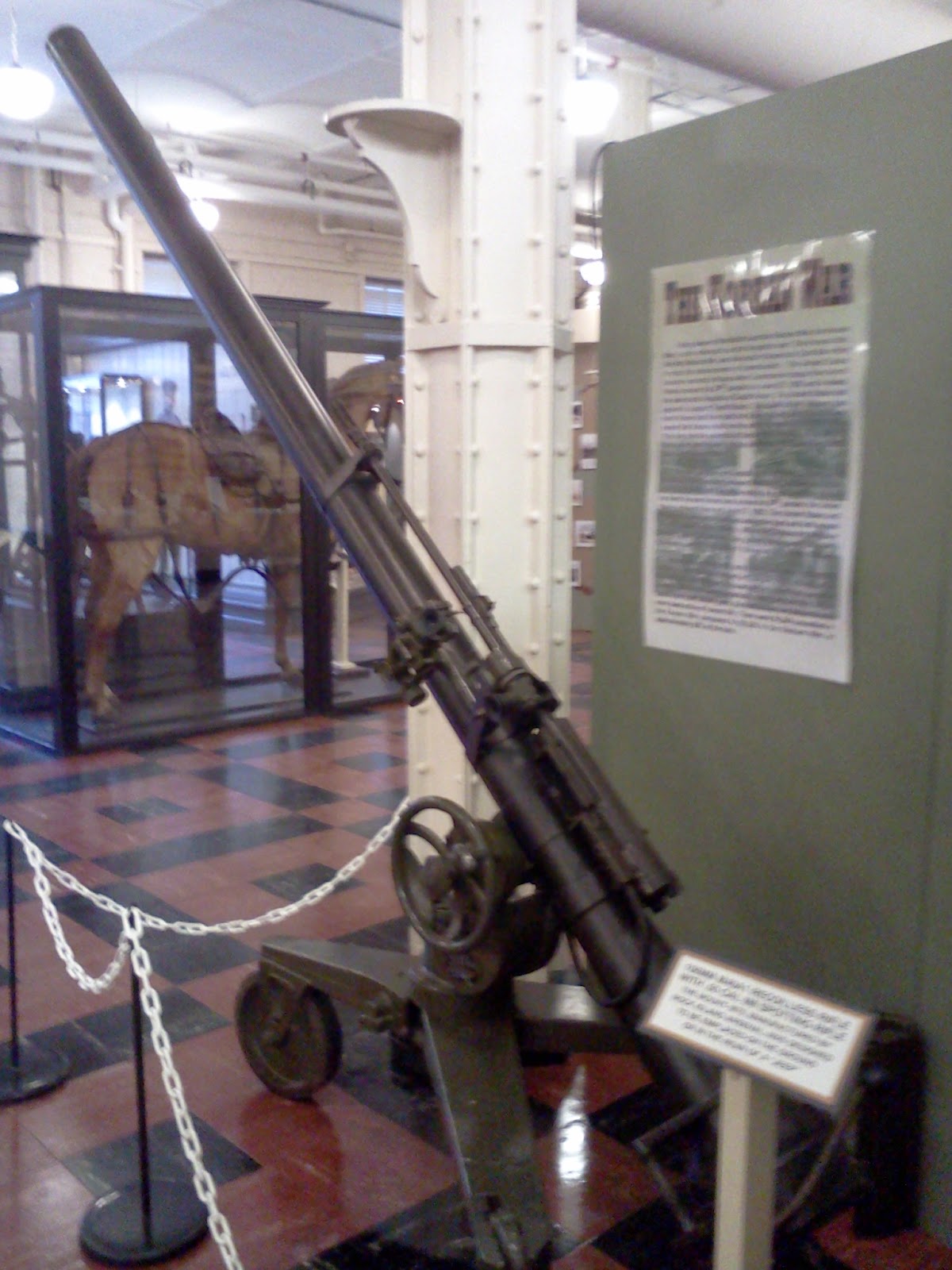 There were no ships passing through the locks, but we explored the small museum, enjoyed indoor and outdoor views of the locks and dam, and watched a film on water safety (cartoon for children) and a longer video about the Mississippi. It was very interesting to learn about the reason for the locks and dams along the Mississippi, above St. Louis. Robert E. Lee led the Army Corps of Engineers in surveying the Rock Island area before work was done to make it more navigable. The video showed how boats go through the locks.

The kids each received a free activity booklet that they continued to enjoy working on the next day.

Our final stop was at the replica of a part of Fort Armstrong. The fort was one of several built along the Mississippi in the early 19th century. 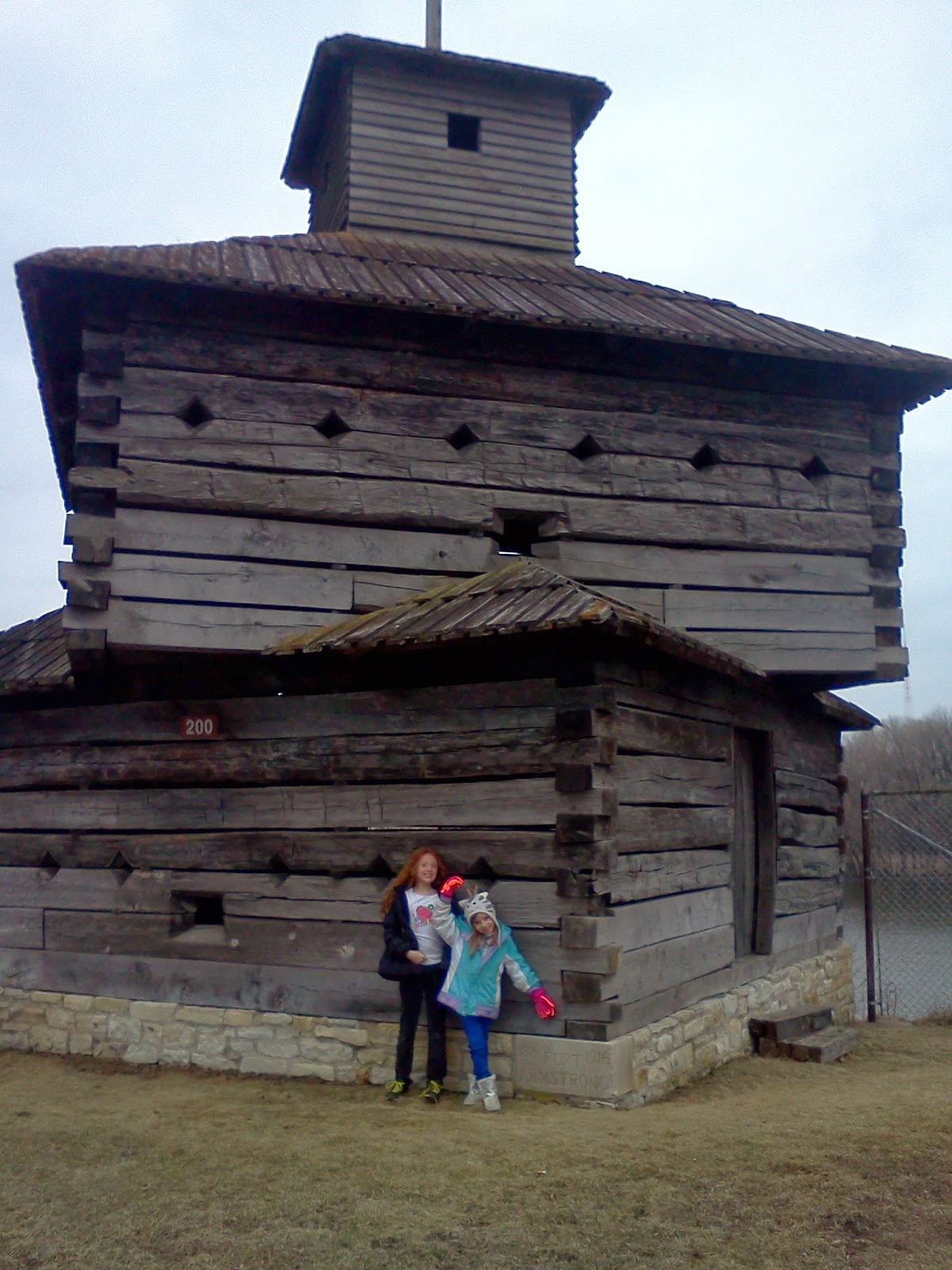 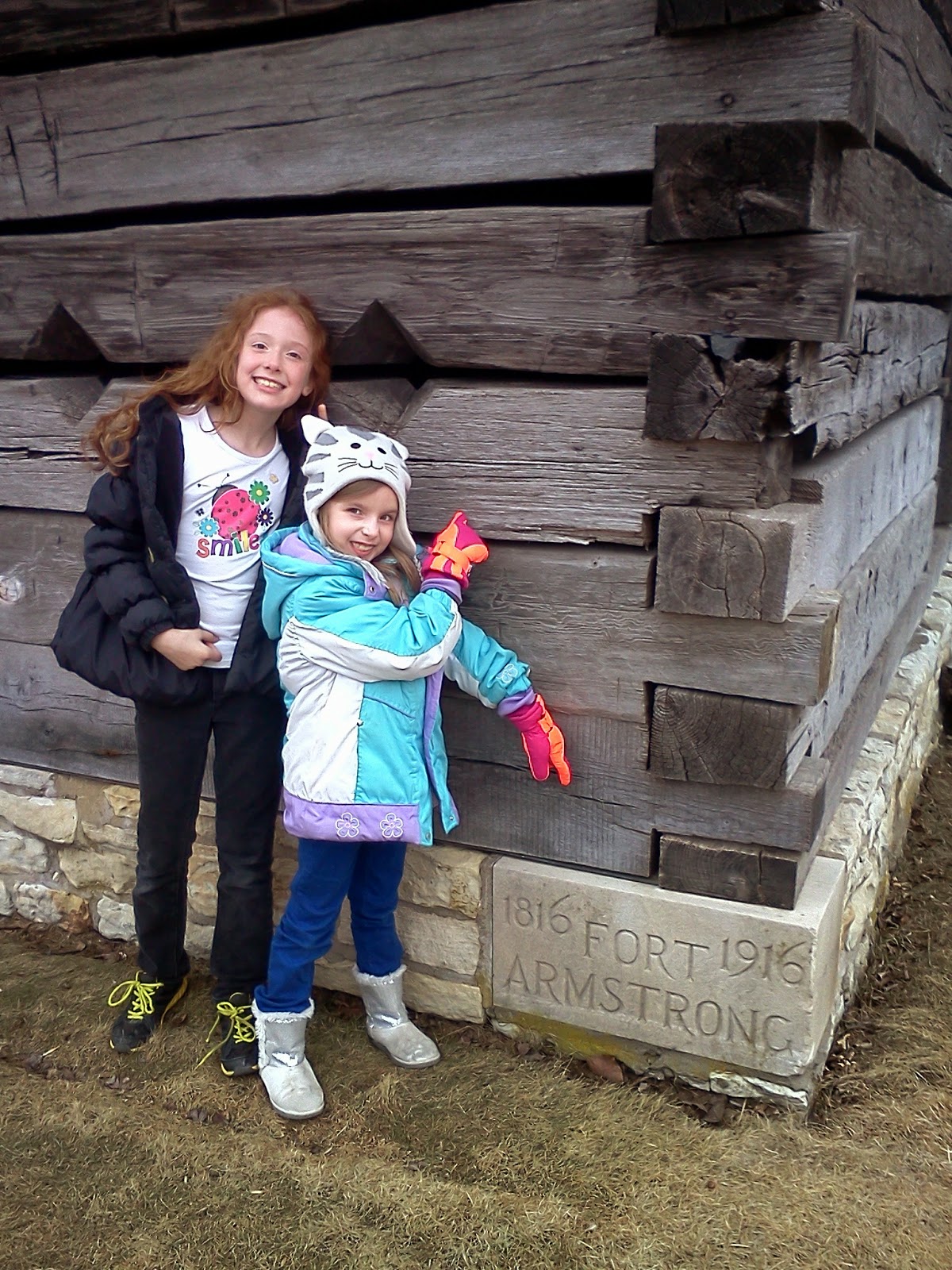 I would have liked to see the Confederate Cemetery and National Cemetery on the island, but will have to save that for another, warmer visit.